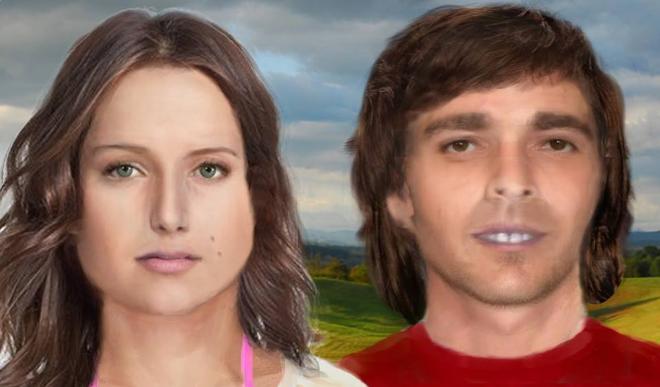 $3,000 CASH REWARD FOR INFORMATION THAT LEADS TO THE POSITIVE IDENTIFICATION OF THE COUPLE. TIPSTERS MAY REMAIN ANONYMOUS. YOU CAN ALSO MAKE A PLEDGE TO INCREASE THE REWARD.

​IF YOU HAVE INFORMATION REGARDING THIS CASE PLEASE FILL OUT THE FORM BELOW. IF YOU WISH TO REMAIN ANONYMOUS YOU CAN SIMPLY TYPE ANONYMOUS IN THE NAME BOX.  THIS WEBSITE IS NOT ASSOCIATED WITH LAW ENFORCEMENT. ANY LEADS WILL BE FOLLOWED UP BY A PRIVATE INVESTIGATOR OR VOLUNTEER.

IF YOU WOULD LIKE TO PLEDGE A REWARD, PLEASE USE THIS FORM AS WELL. YOUR PLEDGE WILL BE KEPT CONFIDENTIAL.  TO CONFIRM THE PLEDGE, WE WILL NEED YOUR NAME, NUMBER AND ADDRESS. WE WILL SEND YOU A FORM FOR TO SIGN AND SEND BACK. ONCE AGAIN, THIS INFORMATION WILL BE KEPT CONFIDENTIAL. YOU CAN PLEDGE AS LITTLE OR AS MUCH AS YOU LIKE. WE ARE NOT ASKING FOR ANY MONEY,  WE ARE ASKING YOU TO MAKE A PROMISE TO HELP REWARD THE PERSON WHO HAS INFORMATION THAT LEADS TO A POSITIVE IDENTIFICATION OF THE COUPLE. THE PLEDGE WILL BE GOOD FOR 5 YEARS AT WHICH TIME YOU WILL HAVE THE OPTION TO RE-PLEDGE. IF YOU HAVE GENERAL QUESTIONS OR COMMENTS , WE WOULD LIKE TO HEAR THOSE AS WELL.

You can add HTML directly into this element to render on the page.

Just edit this element to add your own HTML.

Thank you for contacting us! If needed, you will hear back within 48-72 hours. 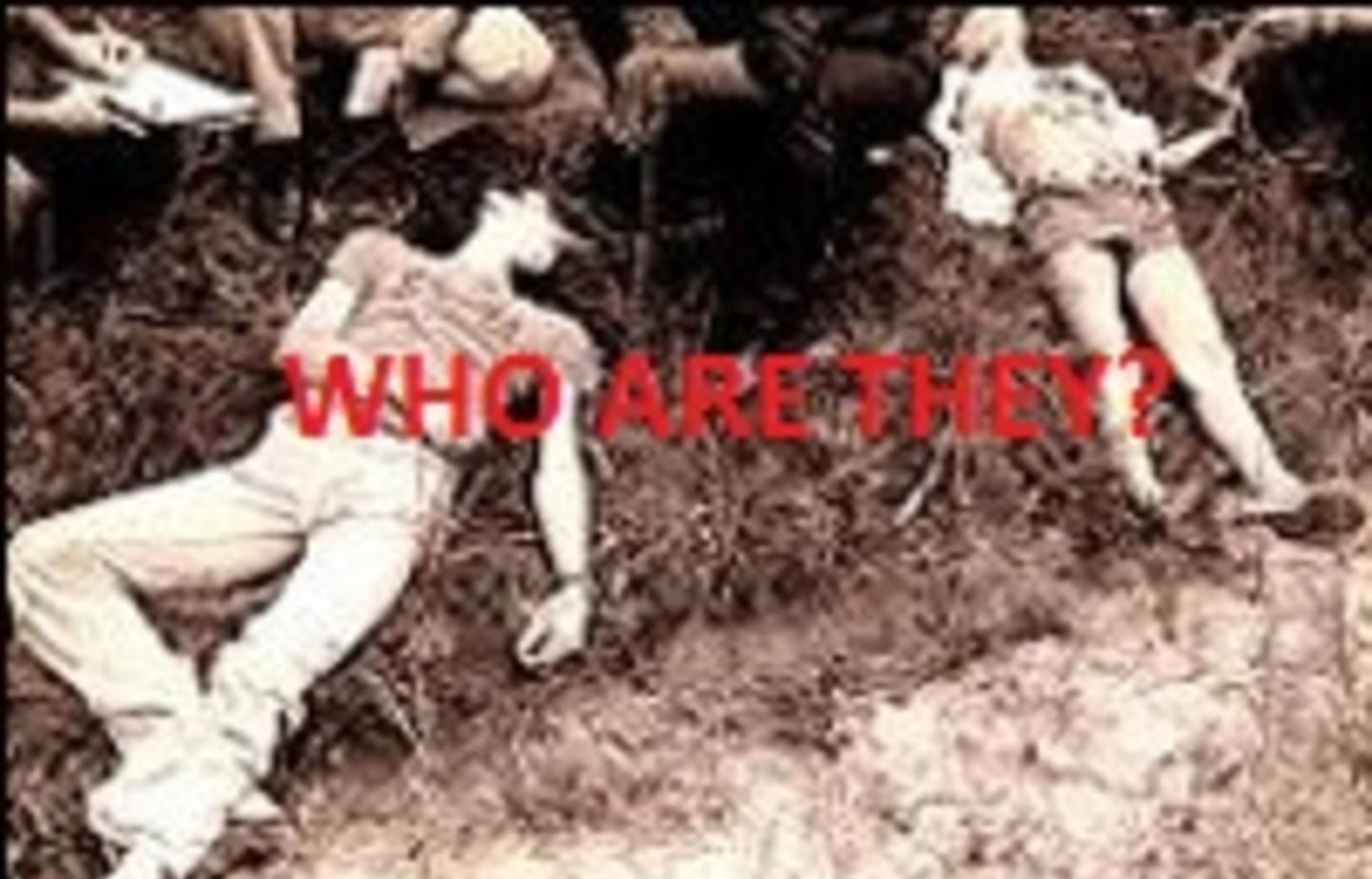 This young couple was found murdered in August of 1976. Their story is one of the better known cases, yet despite all the coverage they still remain in graves marked unknown. Somewhere out there are two families wondering where their loved ones are.  Do you know who they are? Can you help us finally get them home?

In 1976 this couple was found murdered execution style on a secluded Sumter County, South Carolina dirt road near 1-95. They both were found with gunshot wounds to the back, chest and finishing shots to their throats.  Neither had any identification, and there were few clues as to their identities.

Investigators had checked out every lead, including trying to identify them through their fingerprints and using the serial number on the man's watch in hopes of trying to track down the jewelry store where he might have bought the piece of jewelry. Dental records were published in national dental journals. Officials with Interpol as well as U.S. Customs investigators and immigration authorities also had been alerted. Their case was featured on Unsolved Mysteries, Court TV, Readers Digest and other publications, yet investigators are just as stumped as the day they were found.

In December of 1976, a truck driver named George Lonnie Henry from Wadesboro, NC was stopped in SC for driving under the influence. He had in his possession a stolen gun with a scratched-off serial number that was ultimately determined through ballistics to be the murder weapon.  Subsequent interviews and polygraphs yielded mixed results as to whether or not he was the one responsible for their murders. According to George Henry's statement he was a few hours away at the bed-side of his ailing wife at a NC hospital. The chain of custody of the gun remains a mystery as well. George Henry claims that his brother, Jim Henry had given it to him as a gift. Since several months had elapsed since the murders, it is difficult to verify George Henry's alibi or to verify who actually had possession of the gun at the time of the murders. The gun was originally stolen by a group of thieves in the Raleigh-Durham area, before the Henry's came into possession of the gun.  Could it be possible that another person or persons had possession of the gun at the time of the murders and that George Henry had no involvement?

1. The John Doe was wearing a linde star ring with the initials "JPF" inscribed in it.

3. A mechanic in York, NE stated he thought he had worked on a van with  WA or OR plates that matched the couple's description.

4. The Jane Doe has two distinctive moles on her left cheek.

5. The John Doe had a "1975 IMSA( International Motor Sports Association) Camel GT" shirt from the 1975 IMSA Sebring race in Florida. This shirt was only sold at the Florida Sebring race. Some people have  speculated that the John Doe might have a connection to IMSA racing. In fact, the weekend the couple was murdered there was an IMSA race at Talladega Motor Speedway. It be might be possible they attended the race and were on their way back home.

* These theories are not necessarily the opinions of sumtermysterycouple.com. These  theories are based on a compilation of various interviews and internet resources.  These are only  theories  and should not be considered factual accounts.

1. The most common theory is that the couple was involved in drug smuggling and/or organized crime of some sort.  This type of execution style murder is synonymous with a mafia style hit which suggests they were targeted for some reason. It wasn't until several years later that it was discovered that drug smuggling was running rampant within the ranks of IMSA racing(remember the John Doe was wearing a IMSA shirt from the '75 florida, Sebring race).  In the 1980's several IMSA racers and race teams including John Paul Sr. , the Whittington brothers and  Randy Lanier  were convicted of drug smuggling. These were not small time drug smugglers. They were part of a multi-million dollar criminal organization who were smuggling TONS of drugs into the United Sates. These racers and race teams had strong ties with organized crime and even with the CIA.

There was also an enormous amount of local corruption  in this small area near where the bodies were found . Several prominent business men and politicians were implicated in at least three murder for hire schemes. These schemes implicated  a local bank president, Charlie Dorn Smith, and a local Mayor, Clayton Bingham, among others. There was another incident just a few months prior to the mystery couple murder in which a Police chief was murdered by another officer in very suspicious circumstances just a few miles from where the mystery couple was murdered in the sleepy small town of Olanta.  Could this couple have been involved with these racers and/or these local thugs which ultimately lead to their demise?

2. The couple has already been identified and the government or rogue elements are keeping their identities a secret. The most recent lead from 2012 suggests that the mystery couple is Michael and Cordelia Mcminn who were suspected of being high-jacked at sea near Washington state in June of 1976. This lead was relayed to local authorities; however, there has been no word of whether or not a comparison was done to confirm or deny this suspicion. The likeness between the McMinns and the unidentified couple is uncanny.  According to NAMUS, a national database of missing and unidentified persons, the McMinn family submitted DNA for comparison, but the results of that comparison has yet to be released. Another missing couple from Canada, Ron and Terry Yakimchuk who went missing in 1973,  were also submitted for comparison  and the results of that comparison have yet to be released either.

3. The couple were travelers(possibly foreign travelers) who were car-jacked.

4. The couple was in the witness protection program. The government knows who the couple are and may have already notified the family. For some reason the government didn't want to identify them at time, maybe because they didn't want to jeopardize a bigger case or endanger undercover agents. Hypothetically, if that were true It is not clear what the government's motive would be to continue to allow the couple to remain unidentified. Maybe it is to prevent embarrassment or maybe they don't have an obligation to identify them. Moreover, It could be that these murders are related to an organized crime case that has already been settled and the government would just prefer it to stay that way.

5. The couple was killed by their family for some reason. This might explain why the family has never came forward to identify them.

6. The couple was part of some covert military program.

7. The couple was fleeing Chile or Argentina during the Dirty Wars. The couple was described as having an olive skin tone, the Jane Doe had unshaven legs and neither were wearing underwear which have lead many to speculate that they were from a South American country.

8. The couple were somehow associated with a mobster named John Roselli.  John Roselli was, perhaps, most known for his connection to the Kennedy assassination. John Roselli had testified before the Warren Commission that he believed rogue elements within the CIA in conjunction with the Mafia had been responsible for JFK's assassination. The Warren Commission had wanted to recall Roselli for further testimony before he was found floating in a barrel  near Miami. His case remains unsolved as well.  Subscribers of this theory point to the fact that the body of Roselli was found floating in a bay near Miami the same day the couple was murdered, leading some speculate that there is a connection to the case. They also point to the fact the John Doe was wearing a shirt from Sebring, FL which is relatively close to Miami. Moreover, It is not uncommon for mafia style  hits to be carried out in groups.

Considering the complexity of the case, the possible organized crime element, numerous discrepancies, and the fact that this case overlaps state boundaries it would seem prudent that an outside agency like the FBI should investigate this case.